The votes have been tabulated, and no candidate was able to muster a majority of the vote. The polls will open later today for you to vote for one of the two highest vote-getters.

But before I get to that, I would like to thank all candidates involved for running clean, civil campaigns. Let's hope this final stage will be a little more acrimonious.

First, some of the losers would like to give their concession speeches:

From candidate Bogus Doug, who finished one vote short:

You are all a bunch of chuzzlewits! Where's my wine?

From Atomizer who was well out of the running:

From Sisyphus, who fell 6 votes short:

All I can tell you, is that this loss gives me a soul crushing ennui. Where's my car? I think somebody stole my car right outta my garage!

David Strom, who failed to garner more votes than 'None of the Above" could not be reached for comment. Instead, here's a file photo: 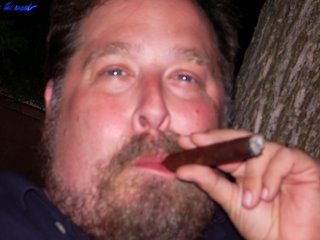 And now here's a fact sheet on your runoff candidates, presented in the fair, evenhanded and unbiased manner that you've come to expect from us:

Good luck to both of the candidates! Polls close on Friday.
Pooped out by LearnedFoot at 8:00 AM